Home » The Law & You » How Did the Law & You Lawyers Stop The Owner From Tearing Down a Collapsed Building?

How Did the Law & You Lawyers Stop The Owner From Tearing Down a Collapsed Building? 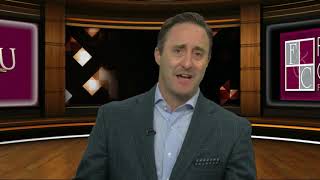 How Did the Law & You Lawyers Stop The Owner From Tearing Down a Collapsed Building?

The “Law & You” lawyers had prevented an owner from tearing down a building after its roof had collapsed, injuring several people. How did they do that?

Dave Kuharchik: It’s time once again for “The Law & You.” As always we’re coming to you from the virtual law center with the guys that pretty much know everything in the legal world. Attorneys Greg Fellerman and Ed Ciarimboli are here.

Greg Fellerman: It’s nice to be here. Thank you for having us.

Dave: Well, a pretty big story as of late coming out of Berwick and we’re going to address that one tonight. George says, “I saw your firm is involved with the building collapse in Berwick. How did you stop the owner from tearing the building down?” What’s the latest on this one?

Greg: Well, let me just update you. We got a call early Wednesday, I believe it was, and Ed went right out to the scene. He has been handling this for day one. So I’ll let him do most of the talking. But it’s an interesting development what he did.

Ed: I got a call from the family on Wednesday night, went right down to Berwick, met with some of the PP&L and other individuals down there. They indicated the building was going to be torn down first thing in the morning. It’s something that is not used a lot but in civil cases, you can file essentially a temporary injunction to prevent the people from destroying evidence in a case. Because in any civil case, we have the burden of proof to show what happened. And if that building had been destroyed, all that evidence would have been lost.

So, we were in court at 8:30 in the morning, Judge James in Columbia County signed the order, the first order to do the inspection. We got there about two hours after they done the inspection. The owner thought the order was vague. So we went back to Judge James in Columbia County and ultimately he signed a really specific order to photograph, to video, to do an inspection of the building, to do a drone flyover. And we were able to do that last week and got unbelievable, valuable information in order to preserve that information in moving forward.

We’re trying to determine if the structural integrity of the building and then obviously whether this building was in such a state that it was in disrepair that the owner should have repaired it and prevented this from happening. And so far, it looks like that’s the direction we’re going.

Dave: And if you are injured in an accident and you need the help of our attorneys, you can reach out to them. Don’t forget, results matter with attorneys Greg Fellerman and Ed Ciarimboli. Guys, we’ll see you tomorrow.