Home » The Law & You » An Independent Contractor Was Injured at Work. Can He Claim Workers Compensation?

An Independent Contractor Was Injured at Work. Can He Claim Workers Compensation? 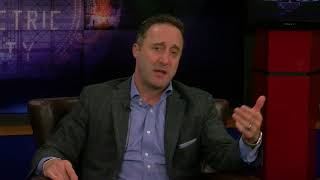 An Independent Contractor Was Injured at Work. Can He Claim Workers Compensation?

Dave Kuharchik: Time’s just flying by, hard to believe it’s already the first of March. We’ve got you covered from a legal standpoint tonight with attorneys Harry McGrath and Ed Ciarimboli for “The Law & You.”

Ed Ciarimboli: Are we going to get more snow?

Dave: So it’s still possible. Our question tonight, this involves a scenario from Larry in Nanticoke. Larry says, “My brother was hired to do electrical work on a big construction site. He fell off scaffolding and has a broken leg. His employer told him there is no way to bring a lawsuit because he’s an independent contractor. How can it be?” Does that make sense, what Larry was told?

Ed: Potentially. The general rule is that you’re not liable for the actions of an independent contractor. However, in this particular scenario, you have a general contractor, you have sub-contractors, you have independent contractors. We’ve been involved in a lot of these cases, in fact Harry’s going to be doing an argument on one very shortly, maybe even tomorrow. There’s a lot of nuances in the law that may allow you to have a cause of action against the individual who failed to make the premises safe. It’s really very fact specific, these cases.

Harry McGrath: Absolutely. As Ed said it’s a complex situation you’re in. The one thing you’ll be able to do, and you need to make sure you get out and in front of it, is pursue workers compensation benefits if your employer has them; They should on this job site. The first thing you should do is contact the actual entity that you’re working for, get the workers compensation claim on your way. Then you could consider whether you have what we call a third-party claim against another group on the premises.

Ed: Harry knows this probably better than anyone in the Commonwealth of Pennsylvania. I know he’s going to win that argument.

Dave: If you need to talk to Harry or Ed, or for that matter anybody at Fellerman and Ciarimboli you could check them out online, you could give them a call. Don’t forget results matter with attorneys Harry McGrath and Ed Ciarimboli.