Home » The Law & You » My Daughter Was Injured in a School Bus Accident. What Can We Do?

My Daughter Was Injured in a School Bus Accident. What Can We Do? 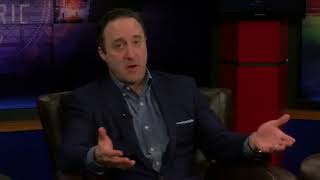 My Daughter Was Injured in a School Bus Accident. What Can We Do?

A viewer’s 8-year-old daughter was injured after the school bus driver slammed on his brakes. The viewer believes he may be speeding. Can something be done? School bus accident lawyers Greg Fellerman and Ed Ciarimboli have the answer.

Dave Kuharchik: A child gets injured on the school bus, that is the topic tonight for “The Law & You.” With us, as always, Greg Fellerman and Ed Ciarimboli. Good to see you guys.

Dave: Oh, we’re getting ready, just about there. Before we get to the holiday, how about this scenario for a local girl and her family. Tara in Clark Summit says, “My eight year old daughter Molly was on the school bus yesterday and was sitting in the second seat. Te bus driver slammed on the brakes and she was injured when she hit the front seat. The bus picked her up ten minutes late so I guess he was speeding. What can we do?” What can Tara do about her daughter’s injury?

Ed: Typically, the bus companies are privately owned and they have a contract with the various school districts. You can sue the bus company as a result of your daughter’s injuries. Now what you’re going to have to prove, obviously, is that the driver was speeding and was driving haphazardly -or negligently or recklessly- which caused him to slam on the breaks and then your daughter to become injured. You can have a cause of action against the driver. You didn’t tell us what your daughter’s injuries were, but it’s not going to be- the case is going to be a little more involved, you want to make sure it’s worth pursuing.

Greg: Yeah, especially, there really was no impact and it didn’t collide with anything else so you guessed the driver was speeding. You have to prove it, you can’t just guess. You have to step into a courtroom in front of twelve jurors and prove a case. Every case that comes through our doors, that’s what we have to look at. You can’t just say, “Oh I guess,” we have to be sure, and so do you. I think maybe we have to see if there’s any witnesses, any statements from anybody on the bus, any passerby who may have saw something. At the end of the day,   you have the burden to prove your case. It’s not a great fact pattern because your daughter was injured. At the end of the day, you still have to meet your burden in court. I think it’s a tough case.

Dave: If you need legal advice or direction, check these guys out online, give them a call, and don’t forget results matter with attorneys Greg Fellerman and Ed Ciarimboli. Thanks so much guys.

Ed and Greg: Thanks Dave.

February 18, 2020Man, 81, Dead After Pennsylvania Facility Sent Him Home In Uber
February 11, 2020Will My Pre-Existing Condition Impact My Personal Injury Claim?
February 3, 2020What Does “Venue” Mean In Medical Malpractice?
January 28, 2020Updates in Hernia Mesh Lawsuits
January 20, 2020Before You Hit The Slopes, Know The Risks of Ski and Snowboarding
January 14, 2020What Can We Learn About Succession Planning from Succession
January 7, 2020Negligent Security: Another Form of Premises Liability
January 6, 2020Fatal Multi-Vehicle Accident Kills 5: What Are The Victims Rights?
December 31, 2019Personal Injury Issues with Commercial Truck Accidents
December 27, 2019Only 38 Attorneys End 2019 Board Certified in Truck Accident Law
December 26, 2019Fatal Truck Accident on I-80 Leads to an Arrest. What More Can be Done?
December 24, 2019Protect Your Family From Defective Products This Holiday Season
Call Now
Email Now