Home » The Law & You » My Girlfriend’s Ex-Husband Assaulted Me. Can I Sue Him?

My Girlfriend’s Ex-Husband Assaulted Me. Can I Sue Him? 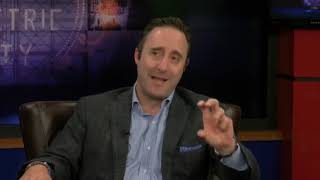 My Girlfriend’s Ex-Husband Assaulted Me. Can I Sue Him?

A viewer says his girlfriend’s ex had assaulted him. Although he was criminally charged with simple assault, is it possible for the viewer to sue him? Personal injury lawyers Greg Fellerman and Ed Ciarimboli explain the viewer’s legal options.

Dave Kuharchik: “The Law & You” time once again here on Eyewitness News. Back with us, as always, attorneys Greg Fellerman and Ed Ciarimboli. Nice to see you guys.

Ed Ciarimboli: We are ready to get it right tonight. Let’s do it.

Dave: They’re ready to rock and roll. Our question tonight comes from Sid in Berwick. Sid says, “I was recently assaulted by my girlfriend’s ex-husband. He was criminally charged with simple assault and I want to sue him. Can,” Sid take some action here simply?

Ed: You certainly can, Sid. You absolutely can bring a civil suit against this guy for what’s called a battery. Now, the question’s going to become, “Can you recover any money from this knucklehead for the damages that he’s done to you?” That’s a different issue. It’s really going to depend on whether this guy owns his own home and has homeowner’s insurance for his house. If so, then you might be able to make a claim for that.

Greg Fellerman: And a lot of times it’s the first question we ask when we get these calls is “Do you think the guy owns his own home,” because there’s insurance.  The insurance would cover this guy’s negligent acts, which would be assault. The other thing, don’t forget, is with a criminal action if you’re successful, you can get restitution through the court for your outstanding medical bills, any future medical bills, anything you show the court that you’re going to need; Then you make a claim for your personal injury, your pain and suffering, and then the civil action so there’s really two components. It’s a double edge case, again.

Dave: And those who need legal advice or maybe direction in a case like this and they want to talk to you, how could they reach you?

Ed: Facebook, Twitter, Instagram, Snapchat we’re on all of the social media outlets. Put a question on their and we’ll do our best to answer it on an upcoming segment.

Greg and Ed: Thanks Dave.

Dave: pahomepage.com and “The Law & You” are there for you.

January 20, 2020Before You Hit The Slopes, Know The Risks of Ski and Snowboarding
January 14, 2020What Can We Learn About Succession Planning from Succession
January 7, 2020Negligent Security: Another Form of Premises Liability
January 6, 2020Fatal Multi-Vehicle Accident Kills 5: What Are The Victims Rights?
December 31, 2019Personal Injury Issues with Commercial Truck Accidents
December 27, 2019Only 38 Attorneys End 2019 Board Certified in Truck Accident Law
December 26, 2019Fatal Truck Accident on I-80 Leads to an Arrest. What More Can be Done?
December 24, 2019Protect Your Family From Defective Products This Holiday Season
December 18, 2019Attorney Ed Ciarimboli Achieves Board Certification in Truck Accident Law By the National Board of Trial Advocacy
December 17, 2019Protecting Yourself During Winter Weather to Avoid Automobile Accidents
December 10, 2019Settling Your Car Accident Case
December 3, 2019Can I Sue for Dental Malpractice?
Call Now
Email Now