Home » The Law & You » The PA House OKs Opening a Window for Clergy Abuse Victim Claims. Now What? 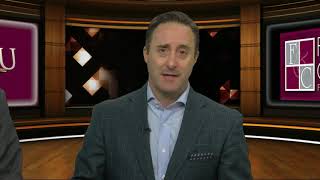 The Pennsylvania House of Representatives just voted to open a window for clergy abuse victims to file claims. What happens next?

Dave Kuharchik: It’s time once again for “The Law & You,” back with you from the virtual law center with a brand new table today. We got it all here for the guys. Attorneys Greg Fellerman and Ed Ciarimboli, always great to see you.

Ed Ciarimboli: Good to be here. We’re excited. We got a new table, we got a new look.

Greg Fellerman: How about it!

Ed: Tell you what. Greg got a fresh haircut. We’re ready to go.

Dave: Can’t beat that. We’re ready to tackle the issues of the days. One of the big stories as of late, the clergy abuse scandal. Kevin in Scranton asking, “I saw the PA House of Representatives just voted to open a window for the clergy abuse victims to file claims. What happens next?” What can the victims do? What are their options?

Ed: This is a little bit of a fluid situation right now.

Ed: It voted out of the House yesterday. Now it will move to the Senate. The PA Senate has to vote on this as well. So, assuming that the bill doesn’t really change in any substantial format, and the Senate votes on it as well, it has to go to the governor’s desk, the governor has to sign it. As long as the governor signs it, then it will open up a window for the survivors of the clergy abuse to be able to get into court. But it’s moving very fast. Changes every day.

Greg: Yeah, but the issue is going to be in the Senate. The House came out 171 to maybe 23, I think that’s about the vote count. The problem may be in the Senate. So the victims and the people that believe there should be action and that the victims get their day in court, then the state Senators have to stand up and vote in favor of it. Or if they don’t that’s their choice. But I think anybody that has an interest should reach out to their state Senators and ask them where they stand. Because this could die in the Senate.

Dave: And of course if you need legal direction or advice, you can contact the guys on the show. Results matter with attorneys Greg Fellerman and Ed Ciarimboli. Guys, thanks so much.

Greg and Ed: Thanks, Dave.